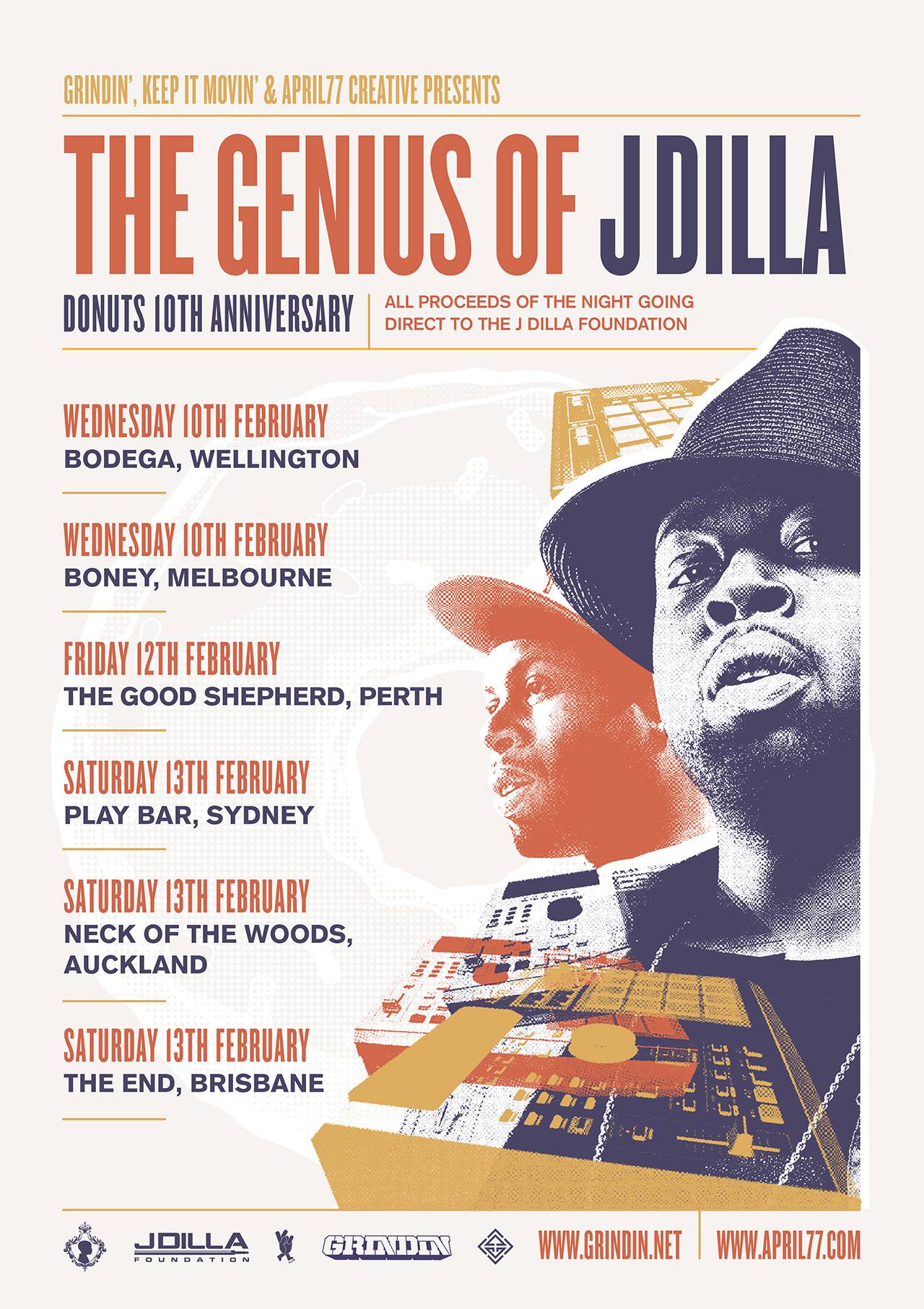 For the latest installment commemorating the 10th anniversary of his untimely death and release of the “Donuts” album, a line-up of artists & DJ’s across Australia / New Zealand will be paying homage to the man who shaped a new sound for Hip Hop that inspired beatsmiths, MC’s and music lovers around the globe.