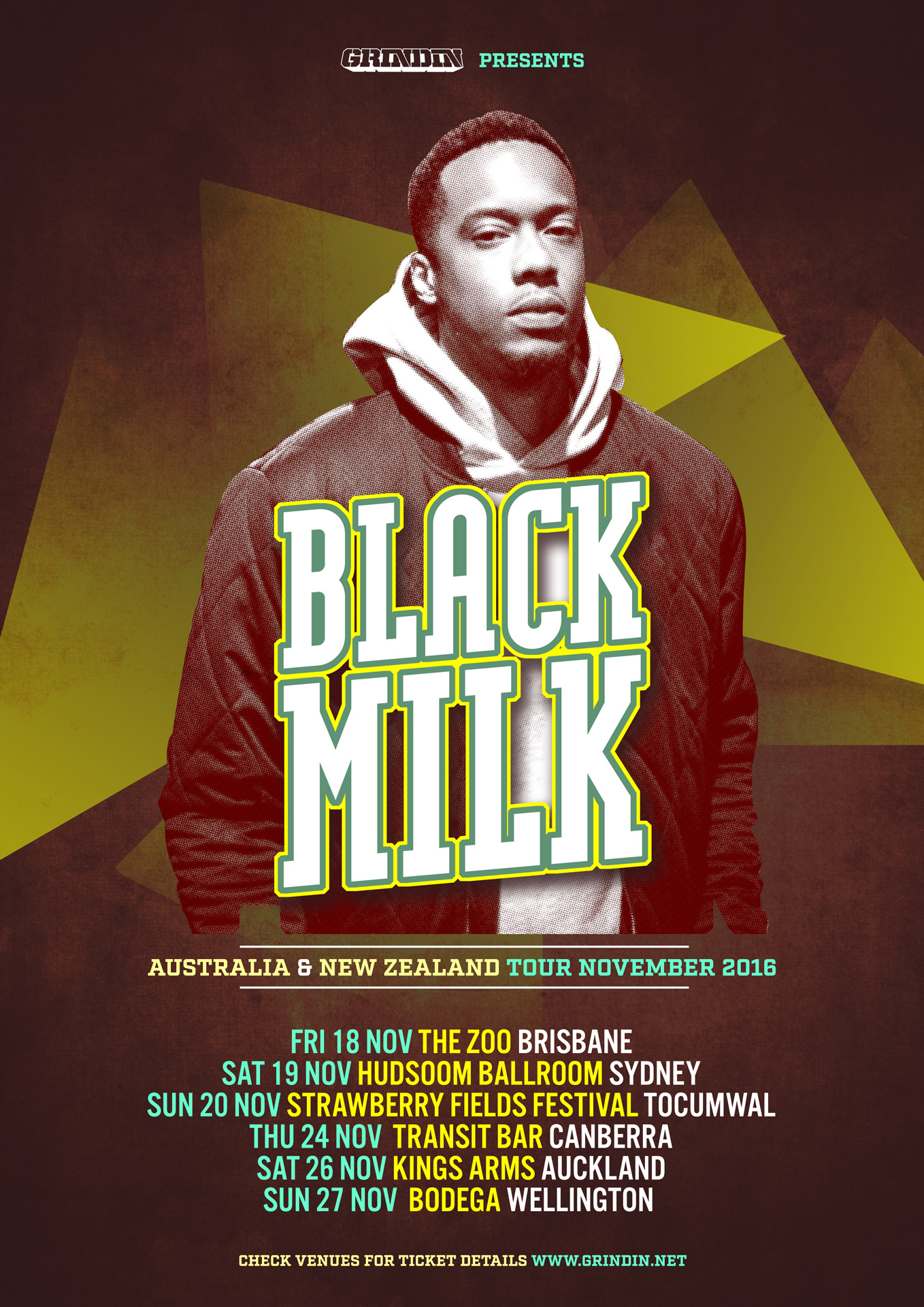 Black Milk is a master of beats and rhymes, renowned for his top-flight production, insightful lyrics and thrilling live shows. Far from your typical rap act, he has steadily added new sounds and styles to his repertoire while working with a diverse group of collaborators – from Jack White and Robert Glasper to his own band Nat Turner.

As a producer, Black has held down his hometown of Detroit for over a decade, working with the city’s top talent including Danny Brown and the legendary Slum Village, who gave him his start on their album The Trinity. On his own, he’s created a catalog of solid solo rap albums: Popular Demand (2006), Tronic (2008), Album of the Year (2010), No Poison No Paradise (2013) and his latest If There’s A Hell Below (2014). He also teamed up with Guilty Simpson and the late Sean Price to form the supergroup Random Axe. In 2015, Black released a live instrumental album, The Rebellion Sessions, with his band Nat Turner.