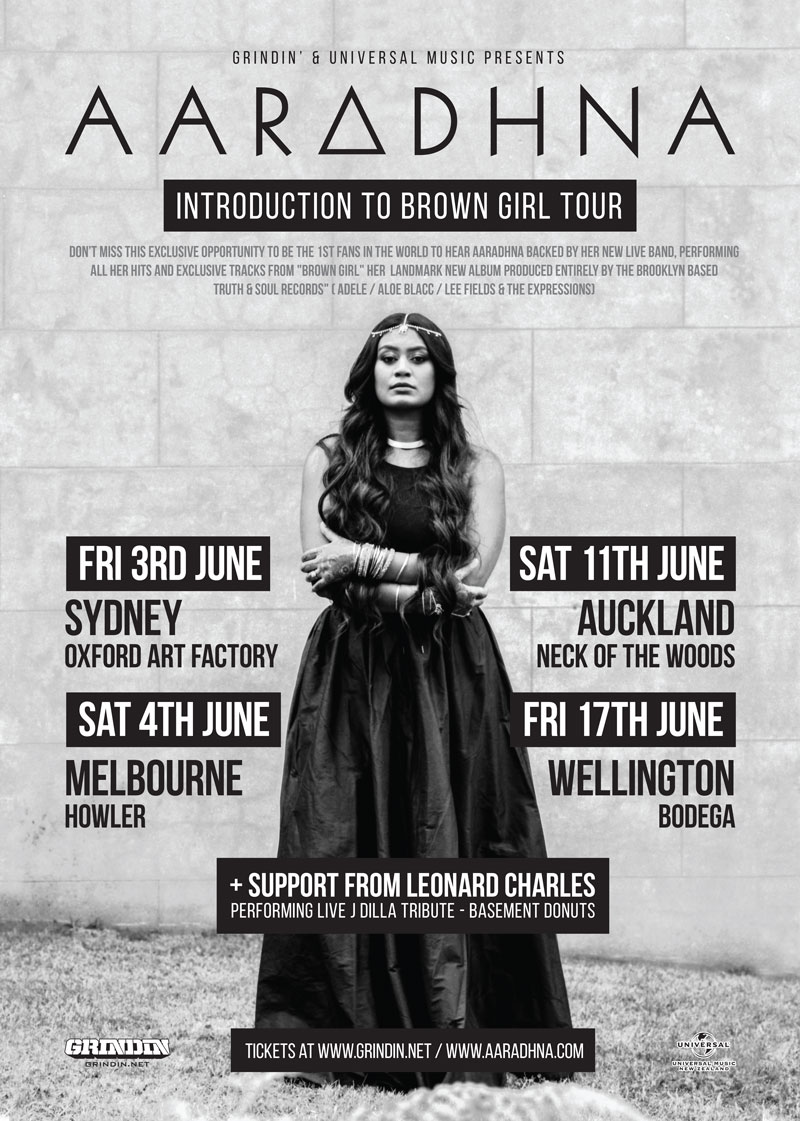 Don’t miss this exclusive opportunity to be the 1st fans in the world to hear Aaradhna backed by her new live band, performing all her hits and exclusive tracks from “BROWN GIRL” her landmark new album produced entirely by the Brooklyn based Truth & Soul Records ( Adele / Aloe Blacc / Lee Fields & The Expressions)

Recorded live in Brooklyn and Los Angeles with the guidance of Jeff Dynamite, her 4th studio album is a literal ‘who’s who’of the greatest retro soul instrumentalist’s and session players on the scene today, creating a dark, therapeutic pace that delves into intertwining topics of race relations, label politics, love, heart break, judgment and ignorance. Above all else Aaradhna’s voice is still her strongest instrument.

“Brown Girl” is about people trying to put you in a box, when there’s more to you than meets the eye. Covering a broad musical landscape including mixed genre’s of R&B/Soul/Country/Blues & Pop, Aaradhna delivers a quiet intensity that grows with every story she tells through her music. Mixed by Dan Parry (Grammy Winner for Adele’s 21) and mastered by Tom Coyne (D’Angelo – Voodoo / Adele / Amy Winehouse), Aaradhna has created an album that demands acknowledgment, that her music will not stand still.

“My last album “Treble & Reverb” was a little more sparklier, this new album is all me, like a slow burning incense stick, it burns slow but leaves behind a scent that’s 100% authentic” says Aaradhna.