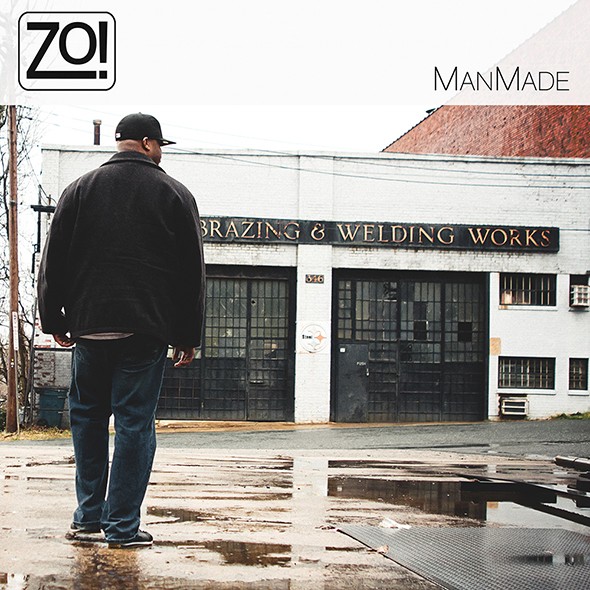 “ManMade” is the sophomore album from multi-instrumentalist/producer, Zo! of the Foreign Exchange’s +FE Music family. This album once again displays Zo!’s distinct ‘polished’ R&B/Soul production, although it’s evident his sound has matured quite a bit since 2010’s “SunStorm”. As with most of the Foreign Exchange releases, the featured artists should be quite familiar to established fans, with guest appearances from Phonte, Eric Roberson, Sy Smith, Jeanne Jolly, Carmen Rogers, Anthony David and more.

Listening to “ManMade” I almost found myself forgetting this was a solo release from Zo! As Phonte shares production credits and wrote most songs on the record, I guess there’s a certain familiarity to the music, which doesn’t reach too far outside of Zo!’s comfort zone. In saying that, it’s clear he’s taken a few risks with production, experimenting with different tempos and arrangements (e.g. “The Train” featuring Sy Smith). His distinct contemporary sound has a clear 80’s R&B influence, which will appeal to the ‘grown folk’ music lovers and anyone looking for those nostalgic vibes.

Standout tracks for me are “We Are On The Move” featuring Erro. It’s a soulful two-stepper, which I’ve been giving weekly club-spins over the past few weeks. Another favourite is the current single, “Count To Five” featuring Gwen Bunn. There’s something so pure and delightful about her vocals and smile! Make sure to check out the golden era Sesame Street inspired video (below). It’s bound to put a smile of your face! “Making Time” with Phonte & Choklate is probably the most musically rich song on the record. Live horns, phasing pads, funk guitar licks, and great harmonies create that familiar, ambient and warm nu-soul sound.
Overall I don’t consider this album a game-changer, but really, who cares? It oozes quality and is a definite step up for Zo! as a producer. If you like your soul music raw then this one probably isn’t for you. However, if you like the smoother side of the spectrum, it contains all the right elements of modern day soulful, lover’s music. Another great release from the +FE Music family!