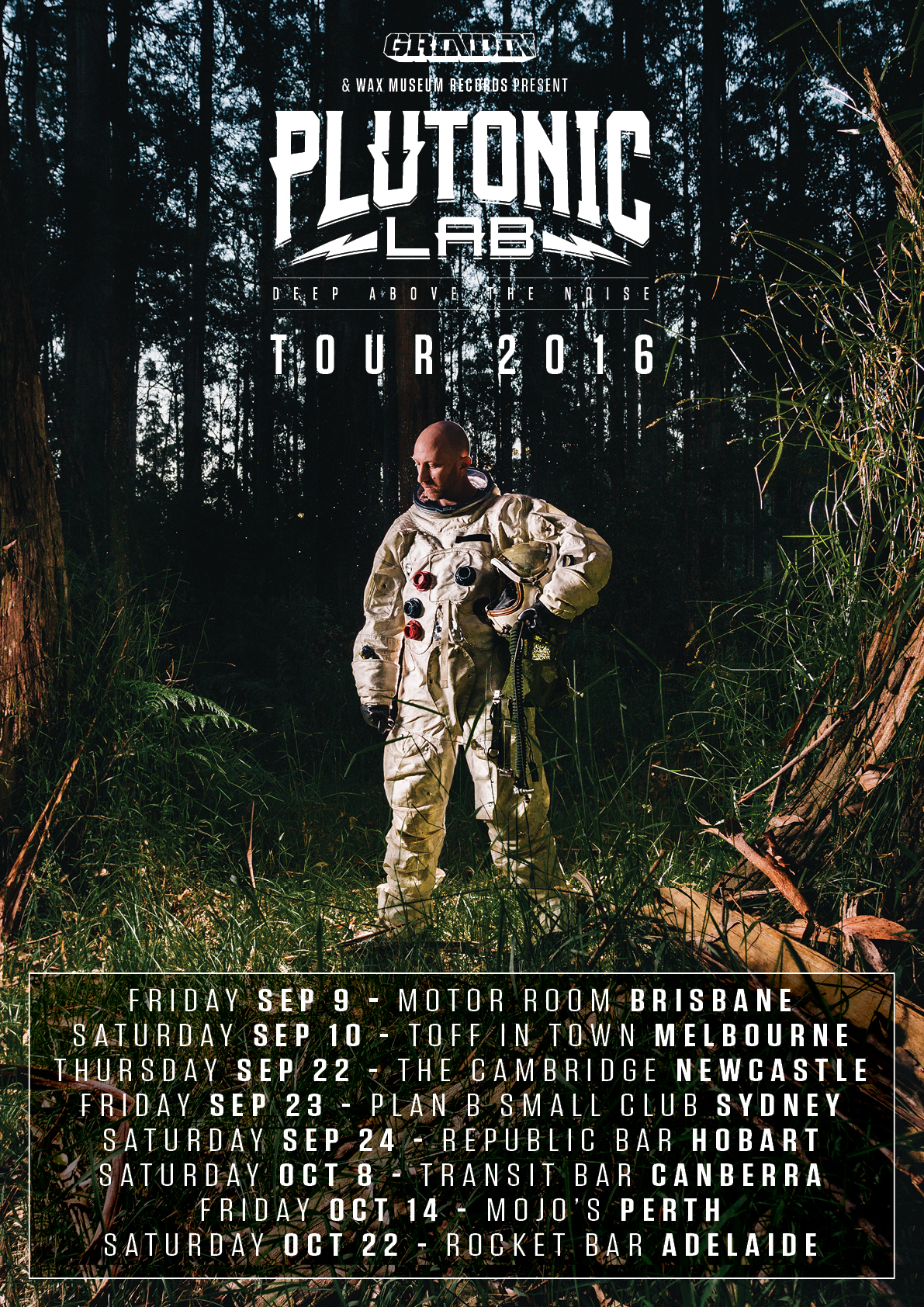 Plutonic Lab tours Australia throughout September and October to launch his new full length “Deep Above The Noise” which was recently made Double J’s Feature Album Of The Week along with the first single “Sliced Bread” being added to Triple J.

The album picks up where his highly regarded classic “Codes Over Colours” (2005) left off. With a vast array of instrumental landscapes & guest contribution​s from Guilty Simpson, Miles Bonny, Coma-Chi (Japan), Notes To Self BBRC and MoMO (IAMMMXO). “Deep Above The Noise” is a heavy hitting affair from start to finish, this is just the start of the next chapter of the Plutonic Lab story.

Plutonic Lab has provided the backdrop for countless artists over a mammoth career spanning two decades, collaboratin​g on over 80 releases locally and internationa​lly including with G-Love (US), Dialectrix, Drapht, Hilltop Hoods, Fatlip (US) and Wiley (UK). Plutonic Lab notably produced Dialectrix’s 2013 album “The Cold Light of Day” which was shortlisted for the Australian Music Prize, won the 2009 UK Mercury Prize for his work with Speech Debelle, and was nominated for Best Urban Release at the 2008 ARIA Awards as half of hip-hop duo Muph & Plutonic.

“One of Australia’s most anticipated releases of 2016” – The Source