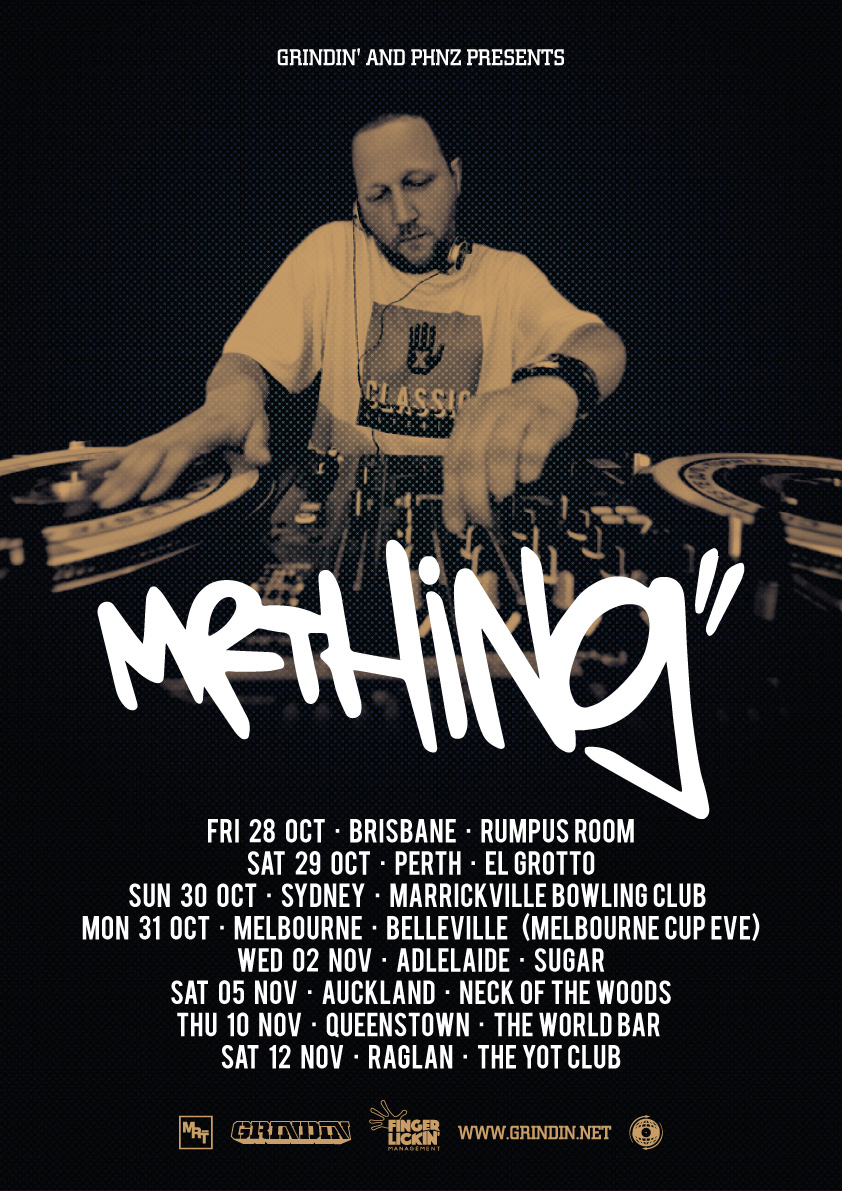 Known worldwide as a DJ & turntablist Mr Thing is a name synonymous with Hip-Hop that always brings a smile to the faces of fans and promoters alike as they remember genius performances of impeccable skill. First touching the tables in 1987 he has been non-stop perfecting his art since and is now one of the worlds best. Touring the world with an understanding of records and music that is second to none, he always creates flawless and exciting sets mixing some of the rarest records with some of the best loved records ever heard with an apparently effortless ease honed after years of practice.

If Mr Thing is playing at a party… make sure you GO! You will never be disappointed!
Rocking parties is not the limit of his skils, not even close!

He has won DJ battles, both solo and as part of the Scratch Perverts, has a production discography that is the envy of most. He is responsible for some of the most perfect mixtapes & for a string of BBE released compilations including the creatively titled “STRANGE BREAKS & MR THING” and of course the rightly titled “KINGS OF HIP HOP” with DJ Premier.