BACK TO THE LAB AUSTRALIA BOOK LAUNCH TOUR 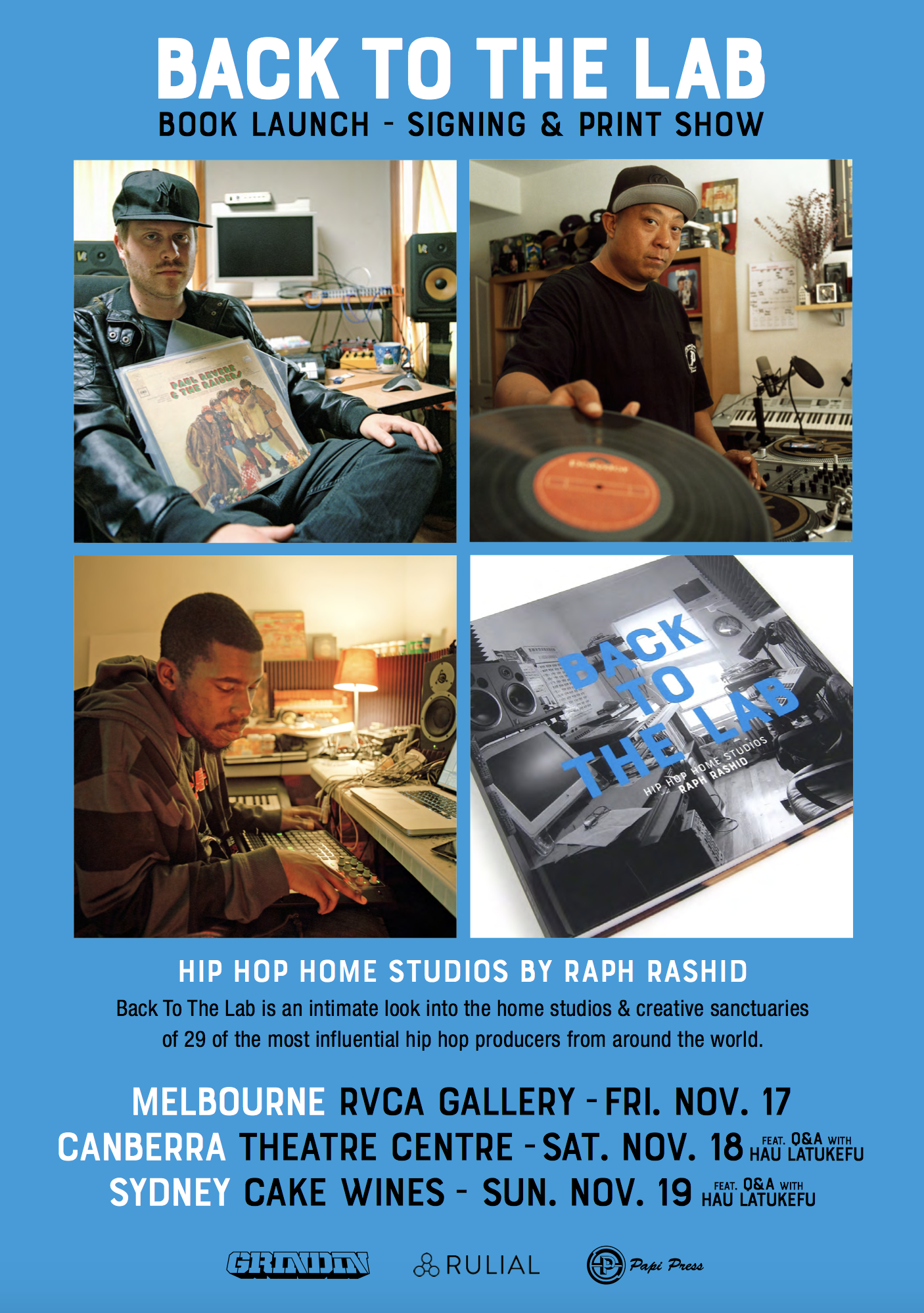 You might know the black & white photo of J Dilla sitting in a stark, clean living room, just him at a table with a sampler. This and shots of Madlib taken in Los Angeles that day, were the last that Raph Rashid shot for his 2005 book, Behind the Beat, which captured producers in their living spaces.

The book was reprinted several times. Many of the studios have since changed, moved, or shut down. But Raph never stopped shooting. From 2005 to 2016, he photographed another round – in some cases, another generation – of producers working in their home studios.

Back to the Lab is thicker than the previous book at 214 pages, and like the last one, it’s hardcover, 10×10″, full color, and beautifully designed.